Giant Snowballs are washing up on the Shores in Siberia

Here in Georgia, we cannot seem to get rain to end the 2016 drought; however, in Siberia- they are covered up in Giant Snowballs.

So who made these colossal mounds of ice?

Well actually- they occur naturally.  At first glance, these giant snowballs appearing around the Gulf of Ob in Siberia look like part of an elaborate prank or sci-fi movie set, but these strange objects are completely natural.

Measuring up to a meter (3.28 feet) across, and covering an 18-kilometer (11.2-mile) stretch of the coastline, they’re the result of a rare environmental phenomenon where fragments of ice get gradually rolled into spherical shapes by wind and water currents.

Locals in the nearby village of Nyda have been making the most of the bizarre phenomena by posing for photos with the balls of snow. In some areas, they’ve been naturally swept up and packed together to form short walls of ice.

But how do these giant snow spheres come to be?

Nobody’s 100 percent sure about the exact kind of weather and environmental mix you need for these balls to form. It’s likely a rare combination of temperatures, ice formation, and ocean currents, researchers suggest. 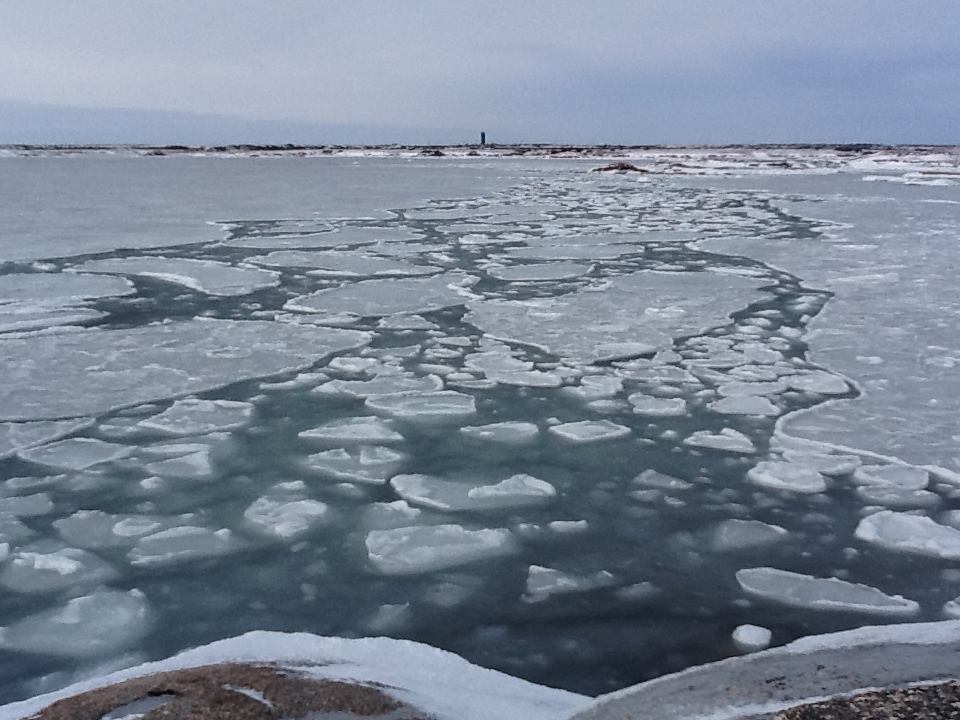 “As a rule, first there is a primary natural phenomenon – sludge ice, slob ice,” explained the press secretary for the Arctic and Antarctic Research Institute, Sergei Lisenkov, on Russian TV.

This refers to densely packed ice and snow fragments that form on the water’s surface.

“Then comes a combination of the effects of the wind, the lay of the coastline, and the temperature and wind conditions,” he added. “It can be such an original combination that it results in the formation of balls like these.”

A spokesperson representing Nyda gave a similar explanation to the Siberian Times:

“When the water in the gulf rose, it came into contact with the frost. The beach began to be covered with ice. Then the water began to slowly retreat, and the ice remained. Its pieces were rolling over in the wet sand, and turned into these balls.”

Apparently, even the oldest residents of the village have never seen anything like it. There are precedents. Similar snowballs have appeared around Lake Michigan in the United States and the Gulf of Finland in Europe.

In the video below, you can see the formation of these on Lake Michigan.

Experts from the Universities Space Research Association say the Lake Michigan ice balls form when water turbulence breaks up icy slush into pieces – pieces which then grow bigger as they roll around in the freezing cold water.

But the conditions need to be just right for the ice balls to reach the shore, and they don’t often get up to sizes like this.

A similar sort of thing happens when rock concretions roll down cliffs to the beach, only in these cases, the balls are formed from a build up of sedimentary material, such as calcite or silica, rather than ice.

So Siberia is covered with giant snowballs and we are under a burn ban from lack of precipitation…What weird weather are you experiencing where you are?