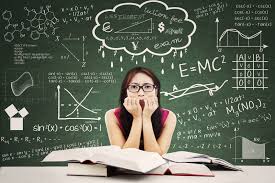 Women make up only 28% of the workforce in science, technology, engineering and math (STEM), and men vastly outnumber women majoring in most STEM fields in college. The gender gaps are particularly high in some of the fastest-growing and highest-paid jobs of the future, like computer science and engineering. Many science and engineering occupations are predicted to grow faster than the average rate for all occupations, and some of the largest increases will be in engineering- and computer-related fields—fields in which women currently hold one-quarter or fewer positions (Lacey & Wright, 2009; National Science Board, 2010).

There is a strong connection between leadership and multiculturalism. If we expect to increase diversity in STEM fields, leaders have to step up and forge a way.

Jozefowicz, D. M., Barber, B. L., & Eccles, J. S. (1993) put out the warning that if society does not correct the misconception that women are not as STEMtastic as men, girls will adopt this view of themselves and will not aspire to those professions.

Even if you do not identify as a woman, anytime there is a lack of gender diversity in a field, there are concerns. Women and Men bring different ideas to the table and solve problems in unique ways. Point of view and critical thinking is better when the group brainstorming is diversified. Girls and women are systematically tracked away from science and math throughout their educations, limiting their training and options to go into these fields as adults. According to American Association of University Women this STEM Gap is deeply concerning. The AAUW commissioned a study and compiled a 134 page report detailing why there are so few women in STEM. You can read the entire report but we will be hitting the highlights in this article. Leaders need to be aware of these facts and information in order to proactively address the multicultural concerns within the STEM profession.

The issue of self-assessment, or how we view our own abilities, is an area where cultural factors have been found to limit girls’ interest in STEM careers. The AAUW report finds that girls assess their mathematical abilities lower than do boys with similar mathematical achievements. In actuality, the mathematical abilities of the genders is statistically equal. At the same time, girls hold themselves to a higher standard than boys do in subjects like math, believing that they have to be exceptional to succeed in “male” fields. One result of girls’ lower self-assessment is that fewer girls than go on to earn bachelor’s degrees in STEM fields and even fewer go further to earn a graduate degree.

What can we do as leaders to advocate and support more Women in STEM?

We must use the relational leadership model to help emphasize that girls and boys achieve equally well in math and science, parents and teachers can encourage girls to assess their skills more accurately. We can do this by cultivating our self awareness, fostering teamwork, coaching and mentoring and advocating for women in STEM. If girls grow up in an environment that enhances their success in science and math with spatial skills training, they are more likely to develop their skills as well as their confidence and consider a future in a STEM field. Parents especially should be encouraging their daughters to achieve at high levels in math and science. Knowing that your child can and should be as competent as her male counterparts helps to instill that confidence in her as she learns and competes in the classroom.

High numbers of men and low numbers of women in science, technology, engineering, and mathematics has often been considered as evidence of biologically driven gender differences in abilities and interests.

The foundational idea is that men have innate mathematical ability and succeed in demanding disciplines, whereas women “naturally” excel in fields using more language skills. Recent gains in girls’ mathematical achievement; however, demonstrate the importance of culture and learning environments in the cultivation of abilities and interests.

What can STEM leaders do to address bias and fight stereotypes?

To diversify the STEM fields we must be willing to complete a self-examination of our stereotypes and biases. Encouraging more girls and women to enter these vital fields will require careful attention to the environment in our classrooms and workplaces and throughout our culture

Taking the implicit bias test, published by Harvard, can help people identify and understand their biases so that they can work to compensate
for them. Not only are people more likely to associate math and science with men than with women, people often hold negative opinions of women in “masculine” positions, like scientists or engineers.

Mattel, the maker of Barbie, has taken a proactive approach to produce toys that are designed to normalize women in STEM fields. They want young girls to play with Engineer Barbie or Computer Science Instructor Barbie. It is important for girls to pretend to be these professions in their adolescence so they can visualize themselves there as an adult (Jozefowicz,1993).

Developing a Growth Mindset is Crucial

Dweck’s research on growth mindset is particularly relevant to women in STEM, because she and her colleagues have found that for both middle school and college students, a growth mindset protects girls and women from the influence of the stereotype that girls are not as good as boys at math (Dweck, Good et al., 2003, 2009)

We must encourage competition and foster critical thinking to keep moving forward as a species. Diversity and Competition are both important when innovation is the goal. Without diversity, a profession or field can become stagnant. Women in STEM should be important to everyone because STEM leaders are going to solve the problems of the next generation and it is going to take diversity to bring enough unique ideas together to move humans forward.

Inzlicht, M., & Ben-Zeev, T. (2000). A threatening intellectual environment: Why females are susceptible to experiencing problem-solving deficits in the presence of males. Psychological Science, 11(5), 365–71.