Can’t Smell?- You should stay home- Here’s Why! 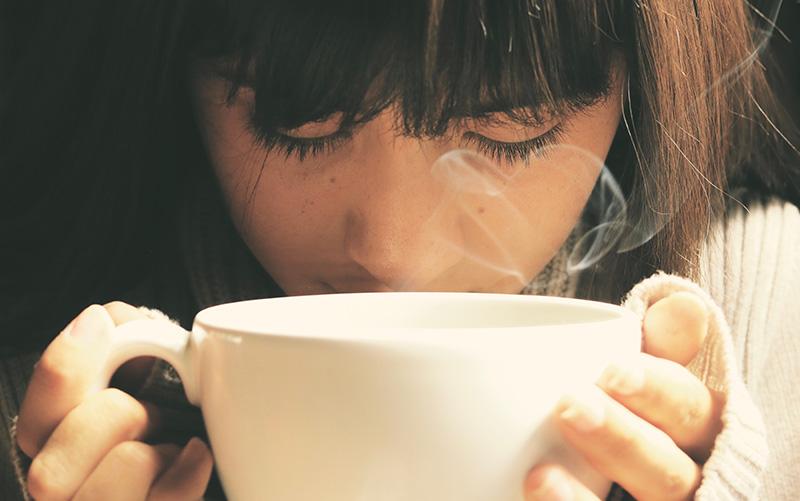 Anosmia, the loss of sense of smell, and ageusia, an accompanying diminished sense of taste, have emerged as peculiar telltale signs of Covid-19, the disease caused by the coronavirus, and possible markers of infection.

Doctor groups are recommending testing and isolation for people who lose their ability to smell and taste, even if they have no other symptoms of COVID-19 infection.

The American Academy of Otolaryngology on Sunday posted information on its website saying that mounting anecdotal evidence indicates that lost or reduced sense of smell and loss of taste are significant symptoms associated with COVID-19, and that they have been seen in patients who ultimately tested positive with no other symptoms. These patients are normally low priority for testing. Most of our information about this particular symptom is coming from areas where testing is widespread, like South Korea.

The British physicians, Prof. Claire Hopkins, president of the British Rhinological Society and Nirmal Kumar, president of ENT UK cited reports from other countries indicating that significant numbers of coronavirus patients experienced anosmia, saying that in South Korea, where testing has been widespread, 30 percent of 2,000 patients who tested positive experienced anosmia as their major presenting symptom (these were mild cases).

It’s not entirely clear what is causing these symptoms. Some viruses destroy the cells or cell receptors in your nose. Others infect the brain via the olfactory sensory nerves. Most disturbingly, this ability to infect the brain is thought to explain some of the cases of respiratory failure in COVID19 infections. The published data is limited, but doctors are concerned enough to raise warnings.

If you have lost the ability to taste or smell you should isolate yourself for at least 7 days- even if you have no other symptoms.

Earlier reports from Wuhan, China, where the coronavirus first emerged, had warned that ear, nose and throat specialists as well as eye doctors were infected and dying in large numbers, Dr. Hopkins said. This may be due to people seeking treatment for loss of smell or taste from these types of specialists.

⚠️Doctors warn that #anosmia (loss of sense of smell) and #ageusia (diminished sense of taste) have emerged as peculiar telltale signs of #COVID19 and are possible markers of #coronavirus infection.

In #Wuhan, ENT and eye doctors DIED in large numbers.https://t.co/muGrHkAGFA

The symptoms, in the absence of allergies or sinusitis, should alert doctors to screen patients for the virus and “warrant serious consideration for self isolation and testing of these individuals,” the academy said. The organization has reminded its members that the Centers for Disease Control and Prevention has urged all clinicians to prioritize urgent and emergency visits for the next several weeks and to reschedule elective and routine procedures.

“There is evolving evidence that otolaryngologists are among the highest risk group when performing upper airway surgeries and examinations,” said a notice posted on the academy’s website on Friday. “A high rate of transmission of COVID-19 to otolaryngologists has been reported from China, Italy and Iran, many resulting in death.”

Dr. Rachel Kaye, an assistant professor of otolaryngology at Rutgers, said colleagues in New Rochelle, N.Y., which has been the center of an outbreak, first alerted her to the smell loss associated with the coronavirus, sharing that patients who had first complained of anosmia later tested positive for the coronavirus. “This raised a lot of alarms for me personally,” Dr. Kaye said, because those patients “won’t know to self quarantine.”

“Most ENTs have on their own accord tried to scale down,” she said, adding that her department at Rutgers had already started using personal protective equipment and stopped performing nonessential exams.

Hendrik Streeck, a German virologist from the University of Bonn who went from house to house in the country’s Heinsberg district to interview coronavirus patients, has said in interviews that at least two-thirds of the more than 100 he talked to with mild disease reported experiencing loss of smell and taste lasting several days.

Another physician who studied a cluster of coronavirus patients in Germany said in an email that roughly half of the patients had experienced a smell or taste disorder, and that the sensory loss usually presented after the first symptoms of respiratory illness, but could be used to distinguish people who should be tested.

On Day 4 of her illness, Frozen 2 star Rachel Matthews, who provided the voice for Honeymaren reported, “Randomly lost my sense of smell and taste.”

Amy Plattmier, a woman from Brooklyn, was not tested for the coronavirus during a recent illness, but her husband then became sick and had a positive test. Ms. Plattmier said she usually had a very sensitive nose, but now could barely smell anything — not the bleach she was using to clean the counters, which usually makes her feel nauseated, or the dog’s accident in the bathroom, which she cleaned up.

Bottom line- If you have trouble tasting or smelling stay home and report your concerns to your physician for further instructions.

This is an ongoing illness and new information is constantly forthcoming. We will continue to update you.