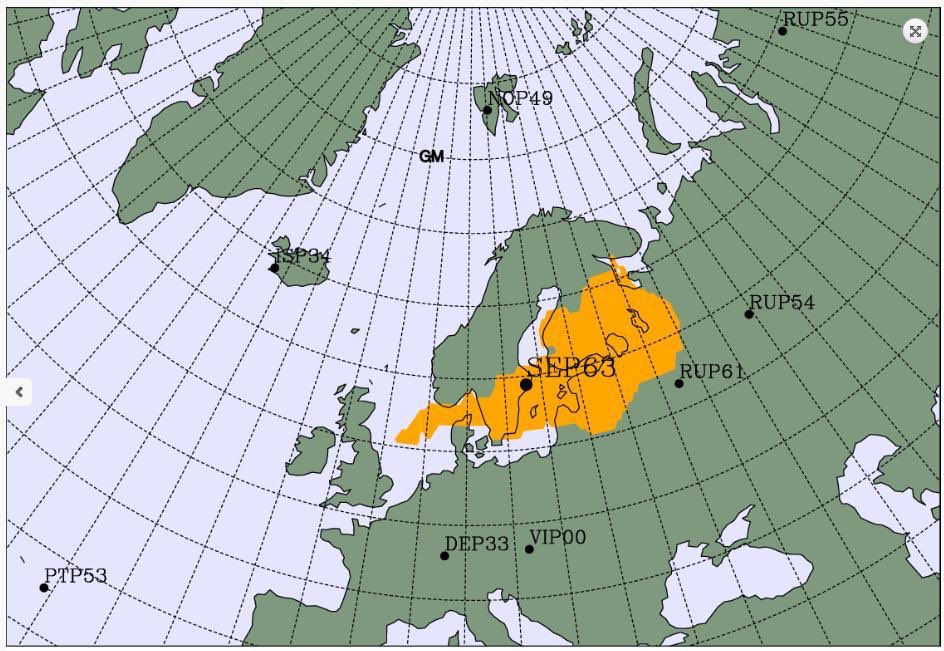 Radiation sensors in Stockholm have detected higher-than-usual levels of isotopes produced by nuclear fission, probably from somewhere on or near the Baltic Sea, a body running a worldwide network of the sensors said on Friday. The level of isotopes is not considered harmful at this time but the source still needs to be identified.

The Comprehensive Nuclear-Test-Ban Treaty Organization (CTBTO) oversees a network of hundreds of monitoring stations that use seismic, hydroacoustic and other technology to check for a nuclear weapon test anywhere in the world. That technology can, however, be put to other uses as well.

One of the CTBTO stations scanning the air for radionuclides – telltale radioactive particles that can be carried long distances by the wind – detected unusually high levels of three radionuclides earlier this week: caesium-134, caesium-137 and ruthenium-103.

Zerbo’s post included a borderless map showing where the particles might have come from in the 72 hours before they were detected – a large area (here) covering the tips of Denmark and Norway as well as southern Sweden, much of Finland, Baltic countries and part of western Russia including St Petersburg.

As of June 28, 2020, no countries have laid claim the radioactivity or reported any accidents. We will continue to monitor and keep you updated as details emerge